Ciaran Griffiths Before & After 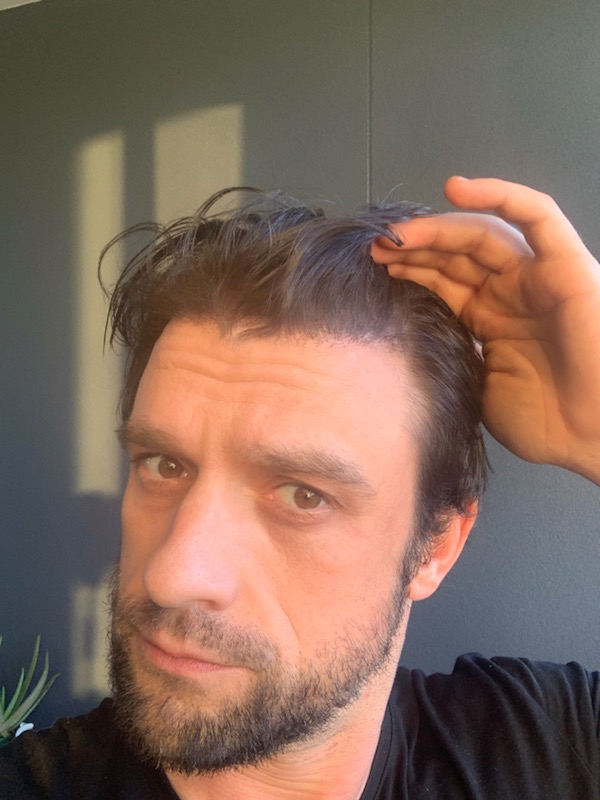 You might know him from such shows as “The Bill” and “Shameless”, world renowned actor Ciaran Griffiths certainly has an impressive resume of highlights in his career. From winning best performance in a drama from the Royal television society to best actor in the Michael Mac Lamoir theatre award including “Atlantis”, “The Mill”, “The Bay” and “Svengalia, Griffiths’ acting career continues to gain positive publicity and notoriety.

Griffiths first came to Australia in 2019 whilst performing in the award winning premier world tour theatre production of “All I see is you”. Once in Sydney Griffiths met his partner, started a family and now permanently resides in Sydney.

It was here in Sydney where Griffiths has numerous friends, both actors & non actors alike, when he noticed just how popular and common having a hair transplant procedure is. The actor took close note on those who have had hair transplants. He saw that mostly all got great results, some however not so great.

Griffiths himself, just like this friends, got to the point where he had very big arches that were definitely limiting the types of roles he was going up for. Sometimes he would read a role and instantly know that his face would not fit. He was at that stage in his acting career of no longer going for the younger roles but not quite sitting in the parent roles market either. He felt something had to be done, and fast.

Just like the thousands of Australians who undergo Hair Transformation procedures every year, Griffiths decided to join that ever growing number. By first looking online at clinics in Sydney that did hair transplants, which procedures they performed, their reviews & also testimonials, Griffiths did his research thoroughly.

He then booked to have a face to face appointment with each of the consultants from the respective Sydney Clinics and surgeons to get their opinion on what they could achieve and to also get a feel for them personally.

After speaking at length with Dr Sam Freeman & Thelma Milsop from Elite Hair Clinic located in Macquarie St, Sydney about what the procedure was going to entail, how long it would take and what the end result would be, Griffiths made the decision he had found the right clinic and was ready for a life changing experience.

He chose the team at Elite Hair Clinic as they were very thorough, professional and explained everything in fine detail. Any questions no matter how big or small were answered promptly as they took their time to go through it all with a great deal of care and patience.

The booking was finally made and Griffiths was ready to say goodbye to those arches which had been getting worse as time passed, not to mention lowering his confidence and self-esteem. Naturally, he was a little bit nervous prior to going in for the treatment when the big day arrived. He recalls looking in the mirror before leaving the house saying to himself “This is it, goodbye arches”.

Upon arriving on the big day, despite being nervous, he couldn’t have felt more comfortable.

He believes that the energy you feel from people is very important and the Elite Hair Clinic team did not let him down by being very empathetic and compassionate.

Dr Sam and Thelma sat Griffiths down in the operating room and starting preparing for his procedure. There was no turning back now. Several hours later and Griffiths procedure was complete.

Commenting about the result achieved on his procedure and the experience with Elite Hair Clinic, Griffiths went on to say “The end result exceeded my expectations”. “I look and feel a lot younger and more confident”. “The after care has also been terrific”.

One just needs to look at the testimonials page on the Elite Hair Clinic website or on Google to see the many happy clients who experienced a great result with Elite, just like Griffiths did.

When asked “What advice do you have for anyone seeking a hair transplant?”, Griffiths responded by saying “to anyone thinking of having it done”, go to see a few different places, check their testimonials and make sure you meet the doctors face to face. Ask lots of questions and take note of their attitude. Don’t be rushed into it. And obviously, given the fact I got a fantastic result, go with Elite Hair Clinic.

Did you know that people with dark coloured hair are typically born with about 100,000 hair follicles? People with red hair often have slightly more and blondes have fewer hair follicles. Each hair [...]

Hi Ciaran, It was great talking to you the other day. Hope you had a great weekend. We are doing a small section on our website to introduce you as celebrity patient of [...]

Before solving a problem one must understand the problem. Hair loss is the most common medical problem. Millions of people all over the world are struggling in the endless battle to stop their [...]

Did I Inherit A Hair Loss Gene?

Men who start to go bald even before a mid-life crisis may have their mothers to blame, according to a new study. Researchers have found that the main construction manual for a full [...]

Causes and Treatment for Hair Loss

On average, people lose about 10% of their hair during a resting phase. Then after about three months, resting hair falls out and new hair begins to grow. The phase of new growing [...]